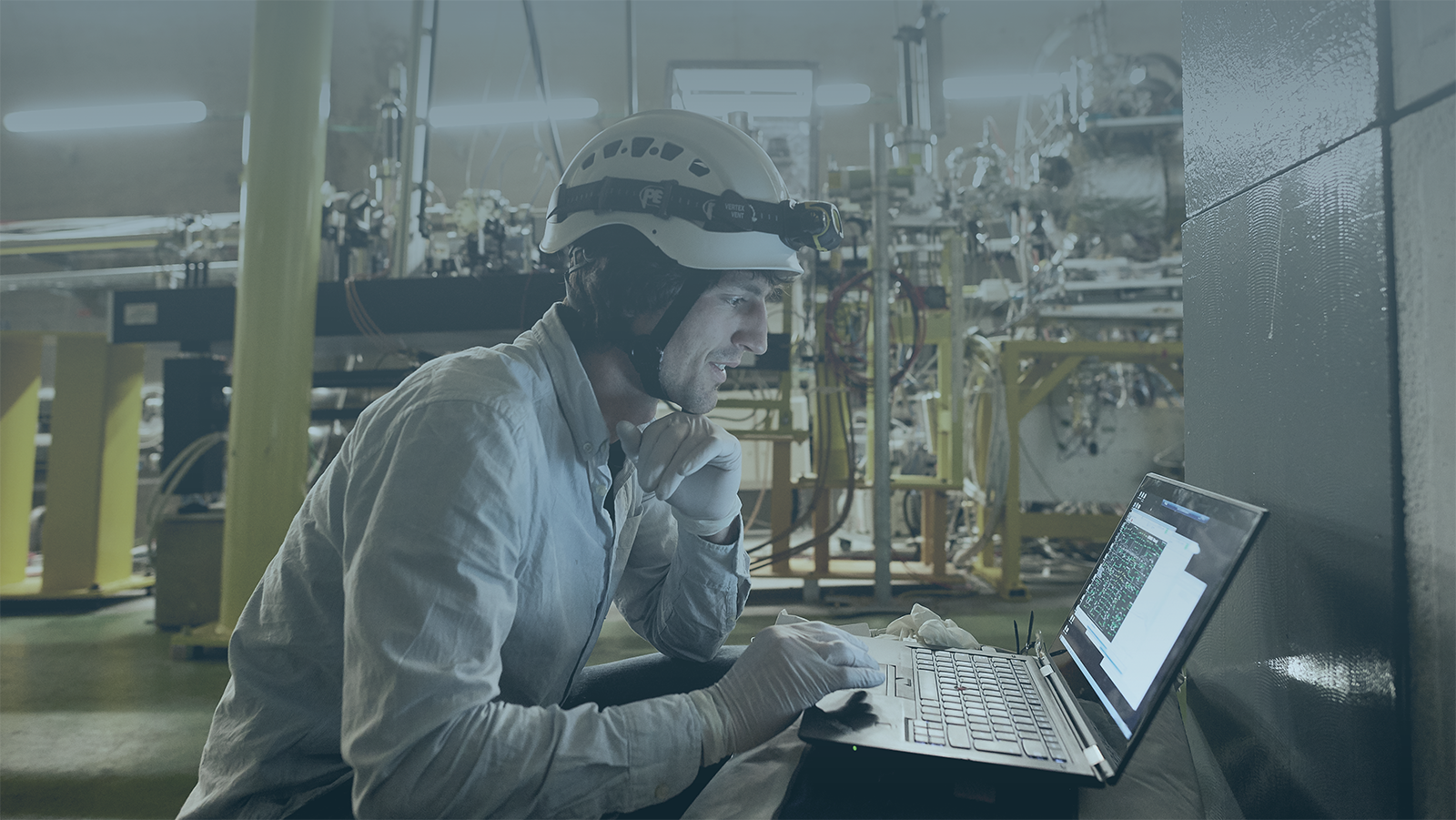 In a paper published today in the journal Nature, the AWAKE collaboration at CERN reports the first ever successful acceleration of electrons using a wave generated by protons zipping through a plasma. The acceleration obtained over a given distance is already several times higher than that of conventional technologies currently available for particle accelerators. First proposed in the 1970s, the use of plasma waves (or so called wakefields) has the potential to drastically reduce the size of accelerators in the next several decades.

On 26 May, the AWAKE collaboration successfully accelerated witness-electrons for the first time. Electrons injected into AWAKE at relatively low energies of around 19 MeV (million electronvolts), “rode” the plasma wave, and were accelerated by a factor of around 100, to an energy of almost 2 GeV (billion electronvolts) over a length of 10 metres.

While previous experiments of wakefield acceleration have relied on using electrons or lasers to drive the wake, AWAKE is the first to use protons. “Drive beams of protons penetrate deeper into the plasma than drive beams of electrons and lasers,” said Allen Caldwell, Spokesperson of the AWAKE collaboration. “Therefore, wakefield accelerators relying on protons for their drive beams can accelerate electrons for a greater distance, consequently allowing them to attain higher energies.”

By accelerating electrons to 2 GeV in just 10 metres, AWAKE has demonstrated that it can achieve an average gradient of around 200 MV/m (million volts per metre),” says Technical Coordinator and CERN Project Leader for AWAKE, Edda Gschwendtner. For comparison, the advanced conventional technologies considered for the next generation of electron accelerators promise gradients in the range of 30–100 MV/m. These represent today’s state of the art in particle accelerators for the overall distance over which acceleration can be sustained, on the one hand, and the intensity and quality of accelerated beams, on the other – two important factors required for high-energy physics experiments. The next steps of AWAKE, which aims to achieve 1000 MV/m, include addressing these additional requirements.